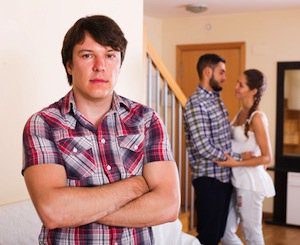 Dating during your divorce can complicate divorce proceedings and can affect custody and visitation decisions.

During the proceedings marital misconduct can be considered including acts of adultery and cruelty. Although the dating spouse is separated, this will not be taken into consideration. For example, judges disapproving this behaviour, can develop a bias against dating spouse. Though this behaviour from a judge is unacceptable, biases are natural in some instances.

Some states will consider a dating spouse when dividing property and alimony. If the dating spouse has started living with his/her new partner during the divorce process, this may have a greater impact on the alimony received. In most cases the non-dating spouse will become confrontational and delay proceedings.

Dating can also have an impact on child custody, because the court believes that a situation where a parent is dating a new partner can be difficult on a child. Some courts however, take the wishes of the child into consideration. In most cases, the non-dating spouse will have reservations for shared custody of their child. With the added stress/ anger/ resentment caused by their spouse dating, the non-dating spouse may be more disagreeable and unwilling to come to a compromise. In this case the judge will come to a custody arrangement that will be in the best interest of the children. If the child show discomfort with the new partner, the judge is more likely to reduce time for the dating parent.